Do you often get tired of your car?

It offers you an easy solution, guarantied the iridescent effect of this amazing film "Hexis", differentiates the color of the Panamera depending on the angle from where you look at it.

The car, in fact, thanks to this spectacular film wrapping for cars, changes color from green cadillac 50 years to blue!

The car wrapping film of cast type with high performance and high durability, combined with a meticulously executed manual work, allowed us to realize a total transformation of the car.

Definitely eccentric while remaining sober, the film has given a decidedly old-fashioned look to an elegant, modern and performing performance car, now its look is complete thanks to this total wrapping. 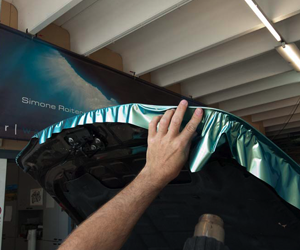 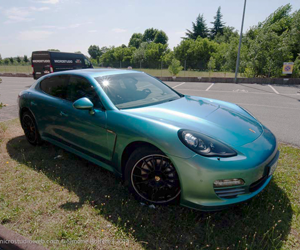 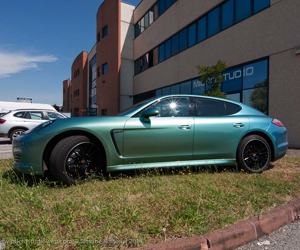 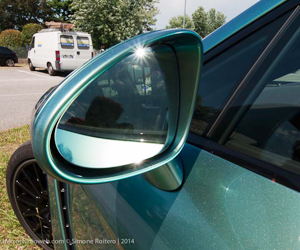 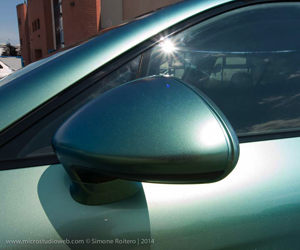 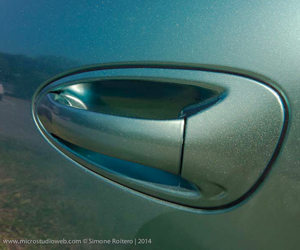 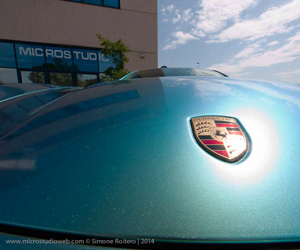 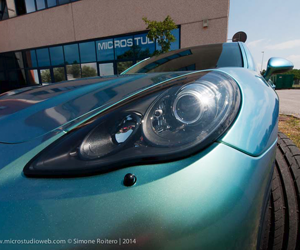 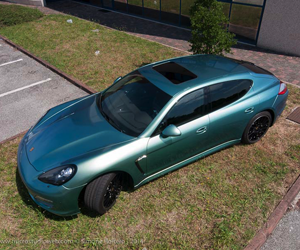